Things to see in Rome in just 2 days

Are you visiting Rome but only for a short time?

No problem, the important thing is to make a detailed plan of everything you want to visit on the days when you will be visiting the Eternal City.

We have planned a two-day itinerary with lots of places to see (especially if it is your first visit to the capital of Italy) and some moments of relaxation and free time. 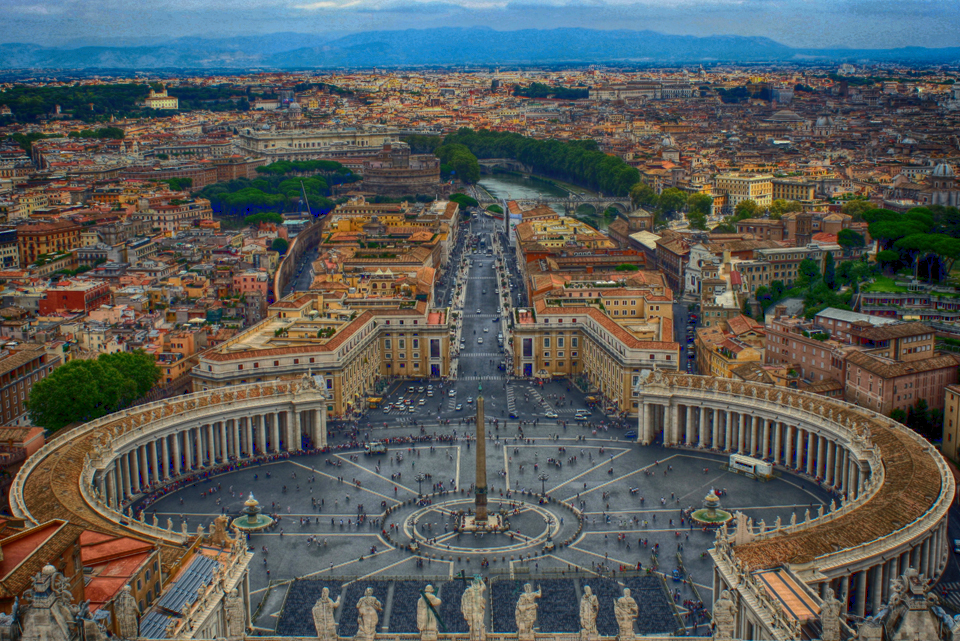 The first stop on the itinerary is the famous Piazza San Pietro. Stroll through the Piazza and admire its beauty, relax in the shade of the arcades, photograph the Swiss guards and go inside the Basilica.

The "Cupolone" is the largest basilica in the world, you can admire it from anywhere in the city but, above all, from its top you can enjoy a 360° view of Rome. After arriving at San Pietro, follow the path that leads to the entrance of the Basilica. At front there is a corridor that leads to the beginning of the staircase. After queuing and deciding whether to go up the stairs or take the lift (you have to climb the last few steps on foot), you arrive at the top of the dome and... the view from here is amazing.

From San Pietro you take Via della Conciliazione to get to Castel Sant'Angelo. Take the opportunity here to take some photos and walk on the banks of the Tiber: the Terrazza dell'Angelo is considered one of the most beautiful views of Rome. The name of this place comes from the enormous statue of the Archangel Michael that dominates the castle from above. The view from here is amazing and extends beyond the Tiber, to the foot of what was once the castle of the popes. 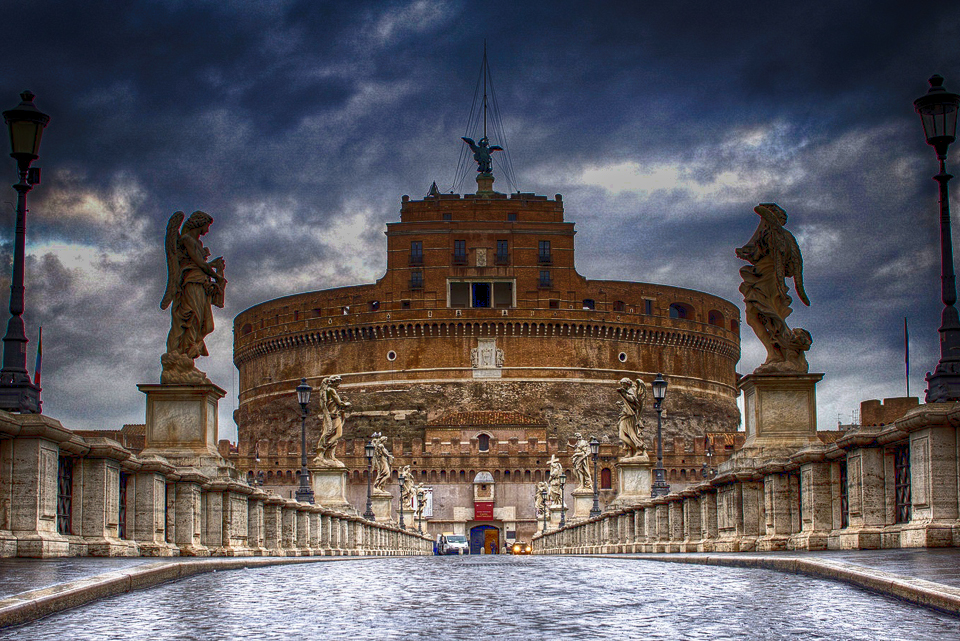 In ancient Rome, it was a huge stadium that accommodated up to 30,000 people. During the Christmas season there is a Christmas market and, on 6th January, the Befana arrives here!

From Piazza Navona go to the Pantheon, where the tomb of Raphael is located, and then head to Piazza Colonna and finally to Piazza di Spagna, with the famous Spanish Steps (at the top of which the church of Trinità dei Monti is located). If you want, take a break and do a little shopping: from the square head to Via Condotti, famous for its luxury boutiques. 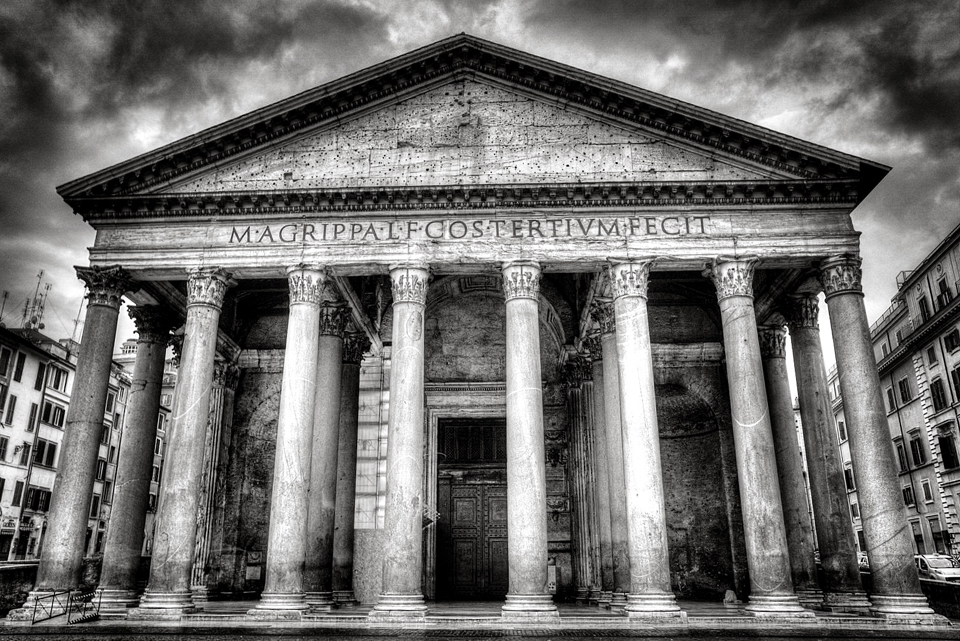 At the end of the day, relax a bit, take a refreshing shower and enjoy a beautiful end to the day in Trastevere, the quintessential nightlife area, full of bars, restaurants and clubs.

The main square of Trastevere takes its name from the Basilica of Santa Maria in Trastevere, one of the oldest in Rome. Many believers who decide to come here for Mass on Sunday then dedicate the morning to shopping, in one of the most famous flea markets in Italy, Portaportese.

If you return along the banks of the Tiber, from the Garibaldi Bridge you can admire one of the most spectacular views of theTiber Island. The large building that rises up in the middle of the island is the Fatebenefratelli hospital. In the summer months there are many bars with outdoor tables, where it is not difficult to find a typical Roman delicacy, the grattachecca: ice grated to order with fruit juice or syrup. 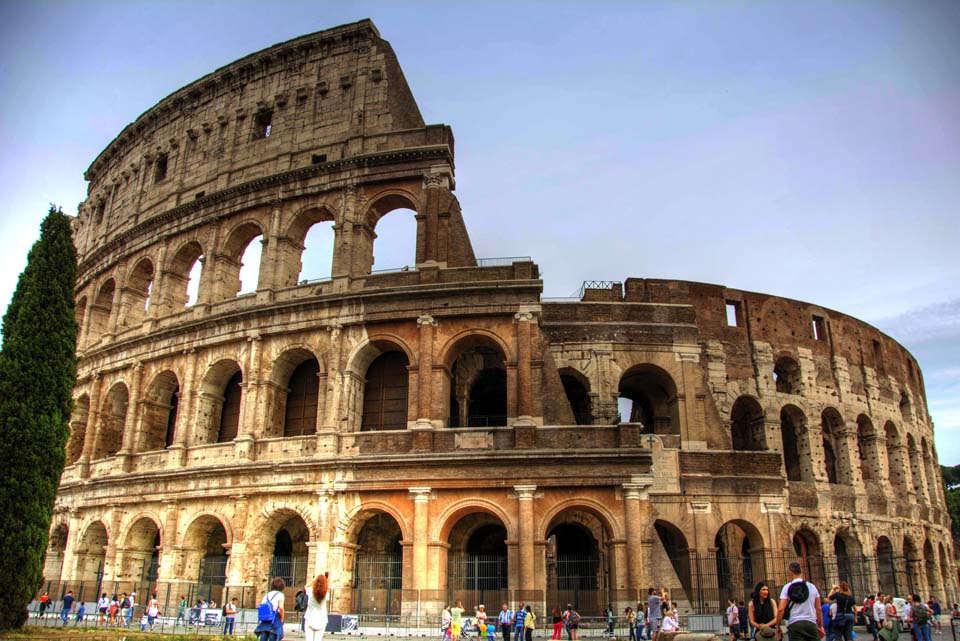 The Flavian Amphitheater is the largest in the world, as well as the most voluminous ancient Roman building that has survived to the present day. It is the symbol of the eternal city that has been classified among the seven wonders of the world and a Unesco Heritage Site since 2007. The Colosseum was built by the emperor Vespasiano and for five centuries it was the backdrop for fights between animals, capital punishments and gladiator fights. A few figures about the Colosseum:

- It has a capacity of about 50 thousand spectators

- The celebrations for the inauguration lasted 100 days!

Right next to the Colosseum are the "Imperial Forums"; they are the most important and extensive archaeological area in Rome and until recently they were only accessible during the evening summer shows.

3. Altar of the Fatherland

In addition to being one of the most fascinating monuments of the city, the altar of the Fatherland, located in Piazza Venezia, also offers an exceptional view of all of Rome.

The huge building reaches a height of 81 metres and is decorated with statues and sculptures that represent the values of the Italian people: Strength, Action, Understanding, Sacrifice and Thought. 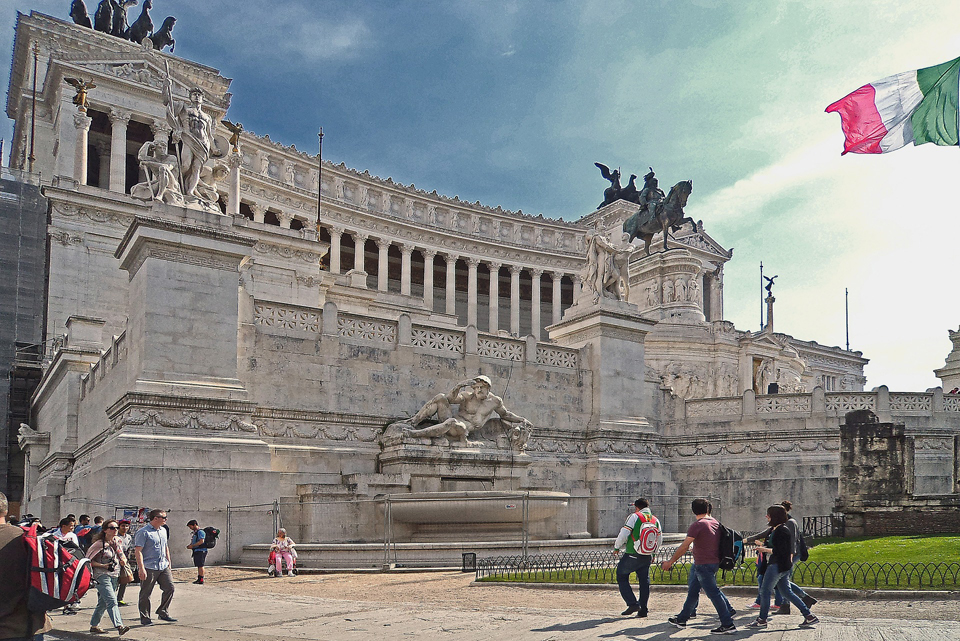 Do you have time to visit the capital?

If you are staying in Rome for more than 48 hours, you should also visit some of the city's most important museums or the catacombs.

You never get bored in Rome!

Where to sleep in Rome on a budget

Are you looking for a cheap place to stay, surrounded by nature but just a few minutes from the centre of Rome?

The Camping Village Roma is located a few kilometres from the Vatican and the centre of Rome, which can be reached on the campsite's convenient shuttle service or on public transport. There are different types of accommodation to suit every kind of holiday, including for those travelling by camper and for those seeking the intimacy and comfort of nice bungalows with kitchen, bathroom and bedrooms.

It's time to book!