The districts of Berlin

Berlin: Things to see Here is a guide to the city, divided by districts

For decades, from the end of the Second World War until 1989, the city of Berlin was divided into two: East Berlin and West Berlin. Even today this division can still be felt in some of the streets and districts. Berlin offers very different experiences, depending on the district visited. Technically, since 2001, there have been 12 districts, containing multiple zones. If you have time, explore them all, if not, here are some tips on which districts to visit.

Mitte is the most touristic district in all of Berlin, the heart of the city, which contains some of the most photographed monuments, even though most of its buildings were destroyed by bombing during the war.
You can start from the Brandenburg Gate, walk along the Avenue of the Lime Trees, Unter den Linden and arrive at Museum Island with the most important museums of the city (do not miss the Pergamon Museum and the Egyptian museum). If you are looking for the symbol of East Berlin, it is the television tower built in 1969 in Alexander Platz: today you can take a lift up to the top and admire the view or have a drink in the revolving restaurant!
If you want to see the most modern part of the city, explore the area on the edge of Mitte, or Postdamer Platz with the skyscrapers built by the famous star architects. The Sony Center opened in 2000 will amaze you with its dome illuminated at night. 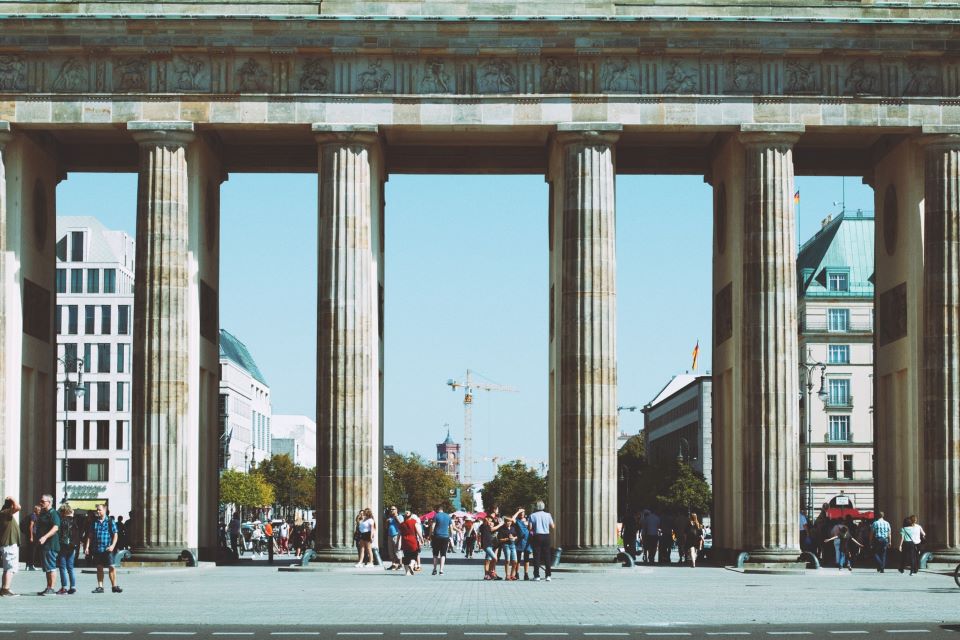 Things to see in Mitte in Mitte there is so much to see, in addition to the things already mentioned, you can climb the glass dome of the Reichstag, the German Parliament, you can look for an oasis of peace in the "silence room" on the side of the Brandenburg Gate, or lose yourself in the stone labyrinth memorial to the Jews murdered in Europe. 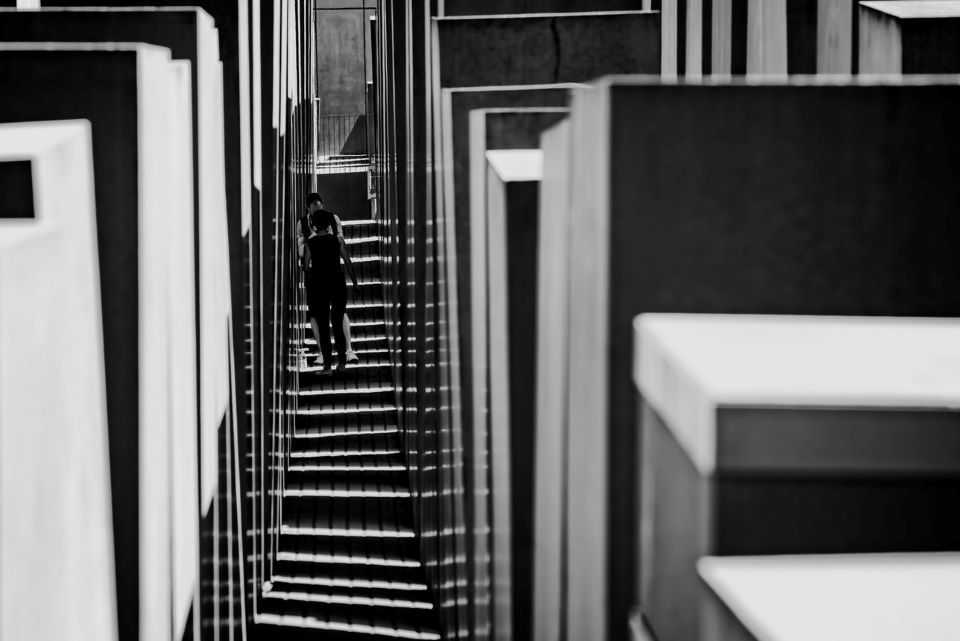 We are still in the former West Berlin:  Kreuzberg  is a district populated by young people, students and alternative artists. After the war, many Turkish immigrants settled here and today you can discover the flavours of their cuisine in the numerous ethnic restaurants. For years it was also the hub of punk rock life. Even today it is a lively district, invaded by tourists during the day and, in the evening, by people looking for nightlife, it is located right next to Friedrichshain, the place to be for night clubbing. In this district you will find restaurants, cafes, museums, theatres and lots of life. It is no coincidence that our hostel is located in this very popular area.

Things to do in Kreuzberg You can relax in the green oasis of Viktoria Park or browse the flea markets and second-hand shops. The famous Checkpoint Charlie, one of the roadblocks for crossing the wall, is located on the border between Mitte and Kreuzberg.

Things to see in Friedrichshain The East Side Gallery, which is one of the few sections of the old Berlin Wall that still remains standing, decorated with murals, the Oberbaumbrucke bridge and the humorous contemporary art sculpture, Molecule Man(from 1999), emerging from the Spree River, representing the union of the districts once divided by the wall.

Charlottenburg is an elegant, refined district with beautiful buildings. Many consider it the most chic area of the city, with museums, theatres and large hotels. There are also international fashion chains, especially along the 3.5 km long Kurfürstendamm boulevard, known as the "Ku'damm", or the Berlin response to the Champs-Elysées. Especially during the time the city was divided, it was a bit like the shop window of West Berlin.
In addition to major brands (including Prada, Chanel, Louis Vuitton, Zara, H&M and Hard Rock), there is also the famous KaDeWe, a department store spread over several floors (60,000 square metres!), the last of which is dedicated to food and drink... it will be hard to pass through it without tasting anything!

Things to see in Charlottenburg You can visit the Baroque style castle, which gave its name to the neighborhood, where Sophie Charlotte, wife of Frederick III, King of Prussia, stayed in summer and the beautiful gardens built around it. If you are travelling with children, plan a visit to the Berlin Zoo.

There are still other districts and neighborhoods worth exploring, such as Tempelhof, Schoneberg, Pankow, Prenzlauerberg, Spandau, Neukolln... some more peripheral and residential, but often in a state of constant evolution. Like every big European city, Berlin also experiences major changes and trends, and it may be that what was until a few years ago a run-down district is becoming an incredible hub for artists and designers.

Where to sleep in Berlin 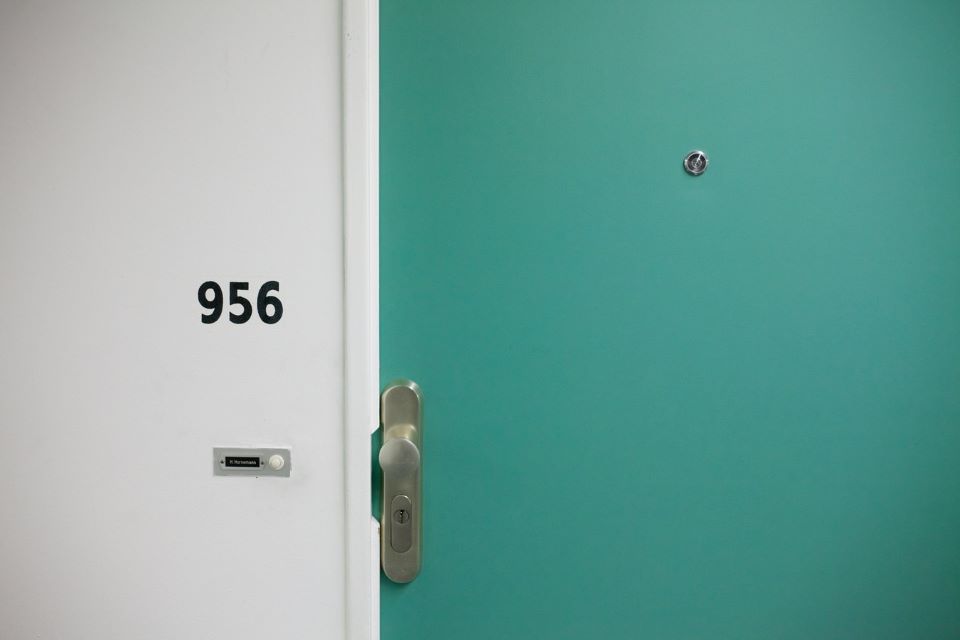 The choice of accommodation in Berlin also depends on the type of holiday you have in mind. In any case, the public transport coverage means you can move easily in any district of the city. We suggest you look for a hotel or hostel in the East Berlin area if you want an atmosphere of the past.

A district much loved by young people is Friedrichshain, in particular the area around Warschauer Strasse.

Staying in Friedrichshain means strolling and admiring graffiti, modern art works and galleries; stopping for a drink in one of the many cafes by day, dancing until you are exhausted at the Berghain (if you can get in!) in the evening and taking a trip to the flea market at Boxhagener Platz before brunch on Sundays.

PLUS Hostel Berlin is located in Warschauer Platz and features single, double and family rooms. It's a hostel with a swimming pool, sauna, and many services like a hotel! Book your stay in Berlin now >>

In terms of public transport, Berlin is very well served, with an integrated above ground and underground transport system, i.e. with just one ticket you can travel both on the underground and on trams, buses and boats.

Still dreaming of Berlin? Were you there again last night, wandering under the Victory Column, through the Volkspark fountains and stopping to see the wall from Checkpoint Charlie...