Places to visit in Lazio

There are so many places to visit in Rome that you will never tire of discovering new monuments, squares or museums. But if you are looking for places to visit in Lazio, here is a list of attractions out of the chaos of the big city, within easy reach for day trips.

What to see in Lazio

You'll find everything, from the Etruscan ruins of Cerveteri and Tarquinia to Villa d'Este and Hadrian's Villa, along the coast to Ostia Antica (which we have already mentioned). The Garden of Bomarzo with its grotesque creatures will keep the children entertained. Volcanic lakes offer unusual panoramas. And what about the Castelli Romani, a Sunday destination for the Romans?

Tivoli and Villa d'Este are located about 30 km from Rome along the historic Via Tiburtina. Villa d'Este has been on the World Heritage List since 2001, and it's easy to see why: it is an example of the great splendour of the Renaissance, with a wonderful Italian garden that has influenced garden design throughout Europe. 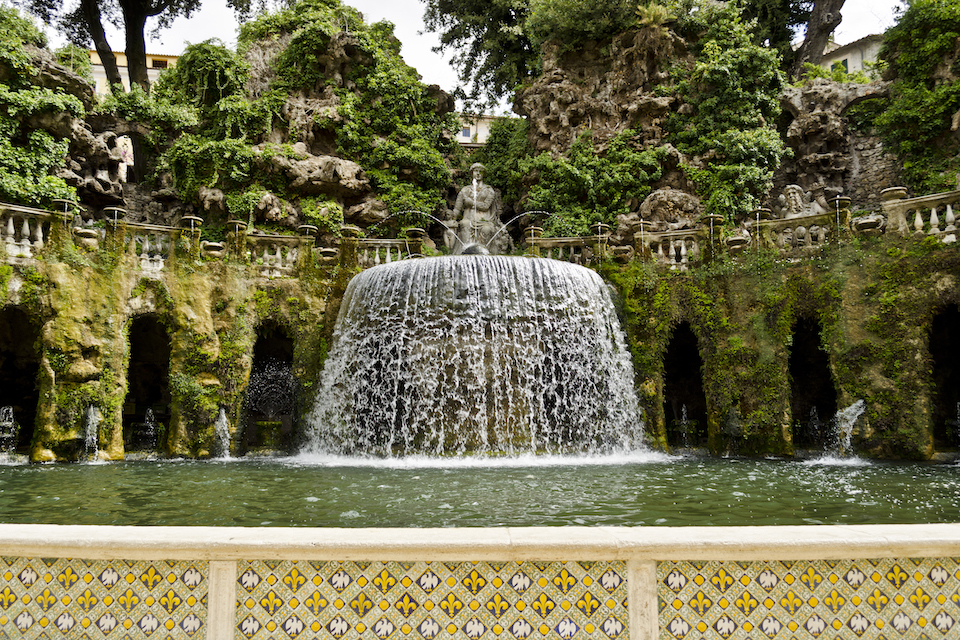 The construction of the villa began in 1550. The apartments and frescoed halls alone make the villa well worth a visit, but the garden is its tour de force. Spread over about 4 hectares, the garden features a geometric network of paths with inclines of approx. 50 metres. Make sure to visit Neptune's Fountain, the Fountain of the Bicchierone, the Oval Fountain and the Grotto of Diana, and, of course, the Path of a Hundred Fountains.

Between the years 118 and 138 AD, Emperor Hadrian, whom many have begun to love after reading the book "Memoirs of Hadrian" by Marguerite Yourcenar, had a villa built "in the countryside" which today bears his name.
Hadrian's Villa is one of the most impressive archaeological sites in the history of ancient Rome, which is why it has been a UNESCO World Heritage Site since 1999. It is quite close to Tivoli, and can be visited in half a day. In fact, the two villas are often combined for a full day of cultural immersion! After viewing the model of the villa, you can stroll along the tree-lined avenues, past fountains and gardens, and dive into history. It became fashionable to visit the Villa already at the time of the Grand Tour, when intellectuals and artists from all over Europe descended on Italy to admire the glories of the past.

Don't be fooled by the name: they are not castles as we understand them today, but a group of villages perched on the Alban Hills, not far from Rome. They are also famous for gastronomy, with over 30 certified local products, such as pancetta from Ariccia and the excellent wines.

The Castelli Romani are close to famous historical nature trails for hiking or cycling, such as the Via Francigena. Some of the most famous villages include:

There are also many volcanic lakes in Lazio (they are all round!), some of which are suitable for swimming. Not far from Rome near the Castelli Romani, you will find the small Lake Nemi, where some Roman ships were found dating back to Emperor Caligula (37-41 AD), and Lake Albano in Castelgandolfo, mentioned above.

Lake Bolsena and Lake Bracciano are slightly larger. Lake Bracciano has quieter areas where you can enjoy the fauna and flora, but there's also plenty on offer for evening entertainment, such as the nightlife and late-opening bars of Trevignano. Lake Bolsena is surrounded by medieval villages, and offers the opportunity to enjoy the sun on a boat ride, or to take a swim along the peaceful, relaxing shoreline. 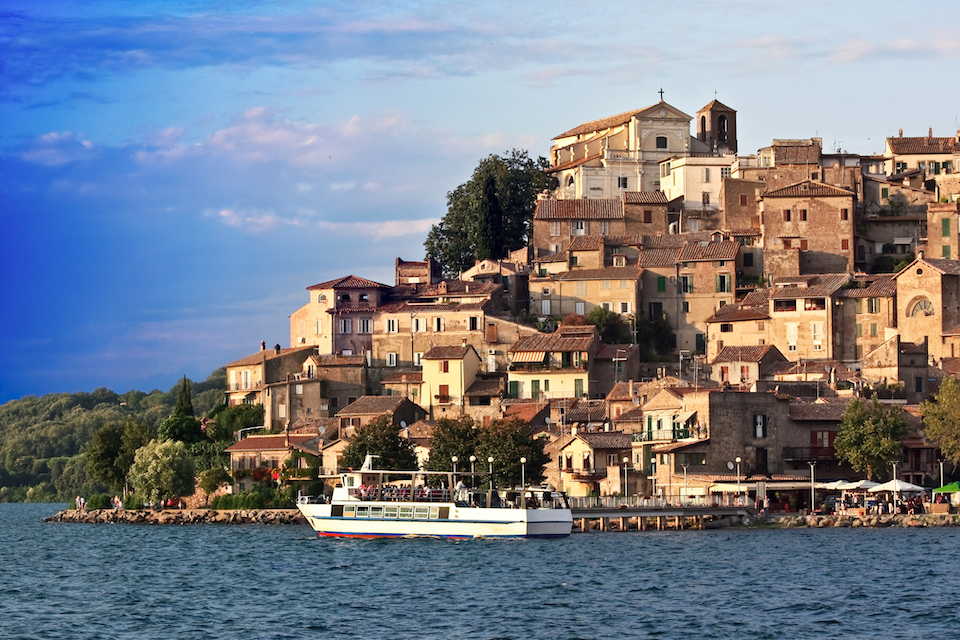 On the trail of the Etruscans: Tarquinia and Cerveteri

If you love history, you cannot miss a visit to the Necropolis of Tarquinia in the province of Viterbo, or to Cerveteri, both of which are UNESCO heritage sites. Both are legacies of Etruscan culture, the pre-Roman inhabitants of this area of central Italy.

Tarquinia was inhabited between the 13th and 11th centuries BC, which makes it one of the oldest cities in Italy! In the Monterozzi Necropolis, there are over 6000 tombs of great artistic importance, with paintings and decorations. 40 km north of Rome you will find Cerveteri, once a centre of Mediterranean life, with its splendid Necropolis of Banditaccia and some impressive tombs, such as the Tomb of the Reliefs, the Tomb of the Cornice and the Tomb of the Greek Vases. Don't miss the high-tech Archaeological Museum!

Why are the Gardens of Bomarzo famous? 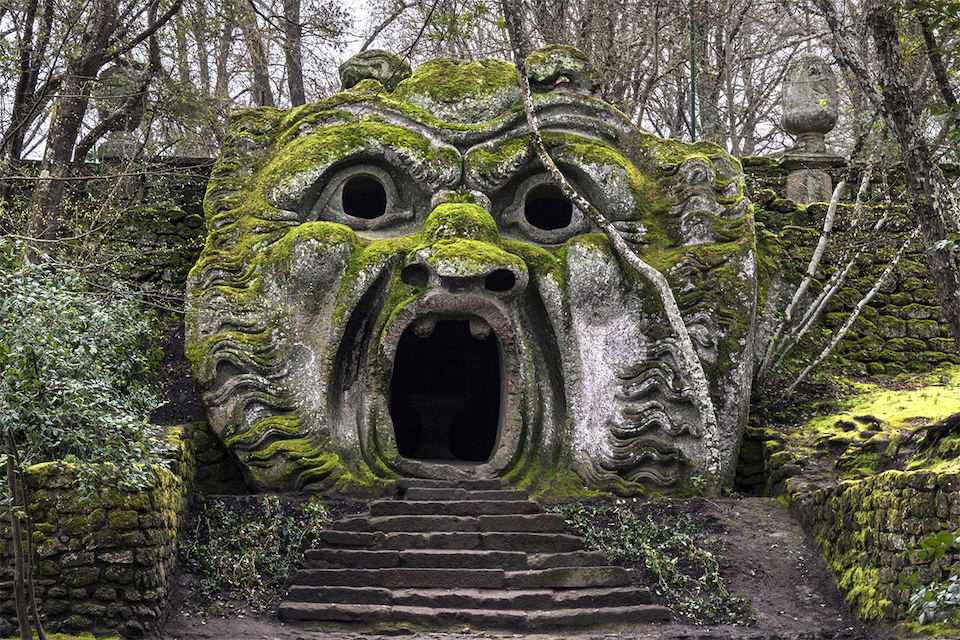 Bomarzo, called the "Park of the Monsters", is a place that's sure to enchant both children and adults. The grotesque stone sculptures surprise, excite and amuse. Here, you can walk among sphinxes, hanging houses, turtles, dragons and stone elephants. You can take a selfie inside the mouth of the huge mask called "Orco", or next to Cerberus, the two-headed dog!

Designed for Prince Orsini by architect Pirro Ligorio in the 16th century – who also worked on St. Peter's Basilica after Michelangelo's death – it still attracts thousands of tourists from all over the world.

There's much more to explore and discover: Viterbo, Civita di Bagnoregio, Rieti, the southern coast of Lazio with Gaeta, Terracina, Sperlonga ... What about the islands? Ponza and Ventotene are very popular seaside resorts.

Keep on following us, we'll tell you about them soon in these pages!