Not just the sea: discover the wonderful lakes of Lazio

The Roman coast certainly has some interesting beaches, especially if you go a little further north or south of the capital, but the rural setting of the Roman and Lazio countryside is home to some spectacular locations with wonderful lakes. The favourite pastimes of the Romans in these places are taking walks and going on bike rides but, above all, enjoying delicious lunches or dinners in one of the region's traditional restaurants. And for those who love the lake, you can also go swimming! Here, we suggest some of the lakes in the Lazio region that you should visit, if you want to take a holiday in the countryside and enjoy some of the traditional activities that are common in these locations around Rome.

If you want to take a holiday in nature and to explore the Roman countryside, remember that you can stay in one of our wonderful holiday camps nestled in the heart of the greenery: at the Fabulous Village, south of Rome, or at I Pini Family Park in Fiano Romano.

The lakes north of Rome

One of the most popular lakes north of Rome is Lake Bracciano, about 48 kilometres from the city, in a depression of volcanic and tectonic origin, surrounded by the Sabatini Mountains. The cities of Bracciano, Anguillara Sabazia and Trevignano Romano lie on the shores of the lake. Bracciano is situated high up in the Sabatini Mountains and is home to several ancient and beautiful buildings that are well worth a visit. The most impressive of these is the marvelous castle that stands on the lake side. The historic parts of Trevignano Romano will transport you back to medieval and ancient times and the town has a wide selection of restaurants serving up traditional local dishes. 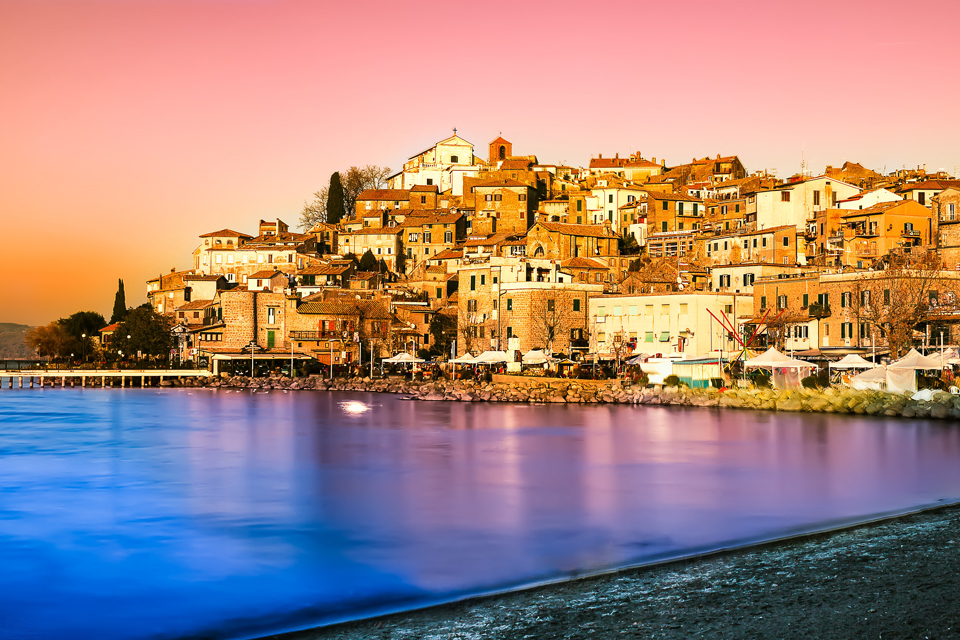 Lake Vico, in the province of Viterbo, is another lake north of Rome, about 67 kilometres from the city, which also formed in a volcanic basin. This lake is the highest in Italy, 507 metres above sea level. Like Lake Bracciano, the area around Lake Vico is in one of Lazio's natural parks and the natural beauty of the Roman countryside, with its forests of beech, reeds, and beaches is well preserved. The cities around Lake Vico include Ronciglione, Caprarola and San Martino al Cimino. 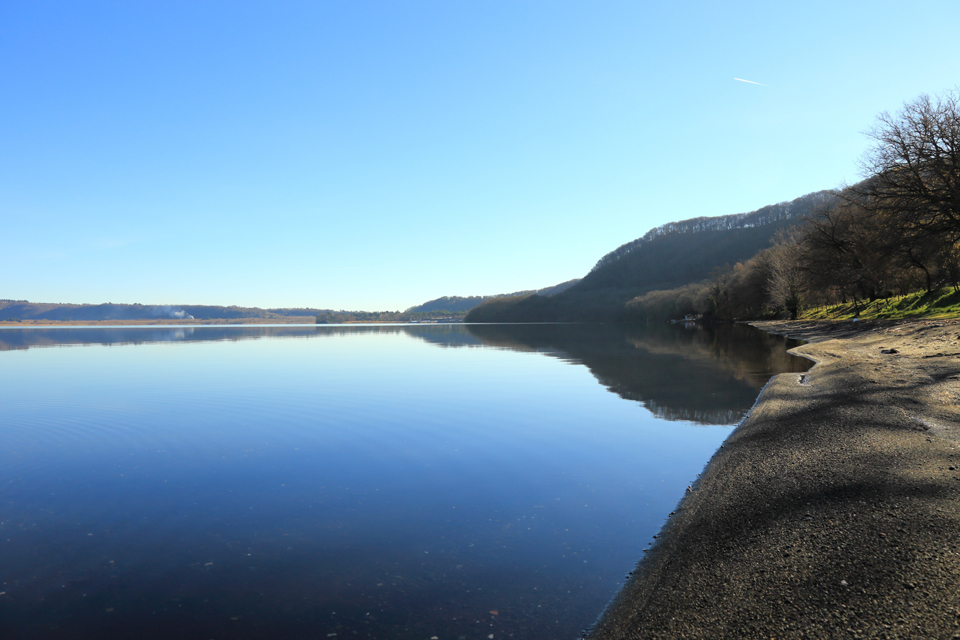 The third lake worth visiting north of Rome is Lake Bolsena, a little further from the capital (about 125 kilometres). Lake Bolsena is the largest volcanic lake in Europe and has two islands in it, the Bisentina and the Martana. The cities along the lakeside are Bolsena, Marta and Val del Lago. The natural environment is almost completely unspoiled, despite being one of the few large Italian lakes in which you can swim. The waters are also extremely clean. So clean, in fact, that the local fishermen have a saying, "It 's the lake that you can drink!" This cleanliness has also made it possible for an extraordinary range of animal and plant species to thrive in the lake, including many species of algae and underwater plants that have almost completely disappeared from other lakes.

The lakes south of Rome

South of Rome, the first lake you will come across is Lake Albano, also known as Lake Castel Gandolfo, about 25 kilometers from the city. In addition to being the deepest volcanic lake in Italy, along its shores are some important prehistoric and Roman archaeological remains, such as the Villaggio delle Macine, the artificial emissary or drainage channel, and the Doric and Bergantino nymphaeums, which were an integral part of the Emperor Domitian's Villa Albana.

Last but not least, we recommend visiting Lake Nemi which, like Lake Albano, is also in the Castelli Romani Natural Park, a term used to refer to a group of towns just outside Rome, near the Alban Hills. Ariccia and Frascati are among the most famous cities in the area. After visiting the lakes south of Rome, we recommend that you don't miss the opportunity to call in at one of these villages to enjoy an excellent Roman dinner, at a bargain price, and sample the famous "Castelli" wine in one of the traditional local "fraschette", or informal bistros.