Itinerary to visit the islands of the Venetian Lagoon

Exploring the islands of the Venice Lagooncan be a sound alternative for those seeking peaceful destinations, far from the crowds of tourists that flock to the historic city centre. The islands located to the north of Venice are the most popular to visit. 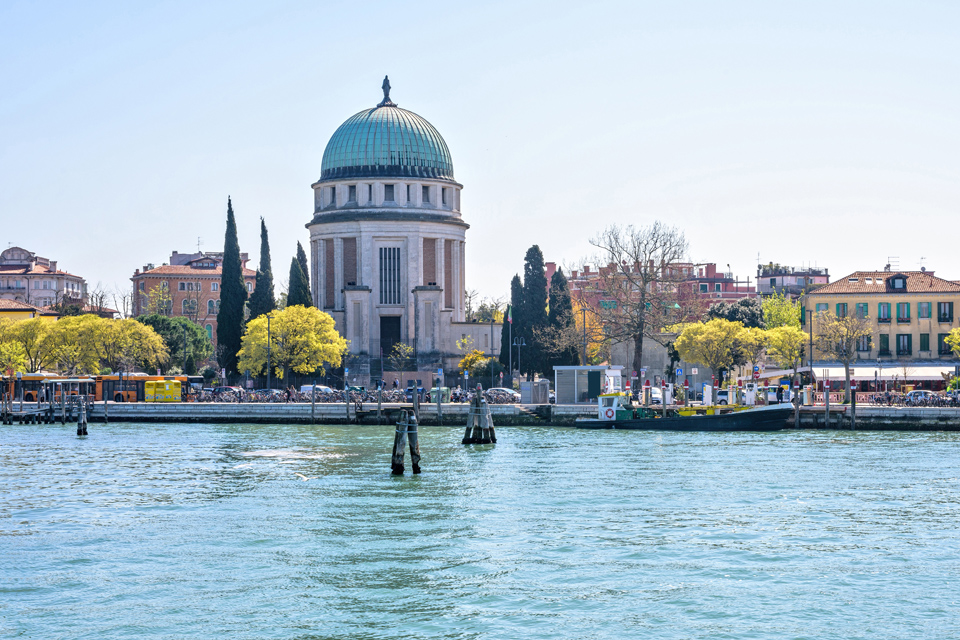 This island is only crowded with celebrities and international film stars during the Film Festival and then it is forgotten during the rest of the year.Lido di Venezia is a thin strip of land that stretches for approximately 11 km between the lagoon of Venice and the Adriatic Sea, only connected to the city and the mainland by means of water buses and barges to transport vehicles. It is one of the few islands in the Lagoon that features roads and it even has a small tourist airport. The island is a great place to cycle, especially along the tree-lined Santa Maria Elisabetta boulevard, it features numerous green parks and elegant Art Nouveau buildings.

Lido di Venezia is a special, distinct, green island where you can discover the sea, the lagoon, canals, gardens, art and history in this established museum where silence and worldliness merge.

Characterised by its narrow and arched shape, Giudecca Island extends to the south of the historic centre of Venice.

Formerly known as Spinalonga (long fishbone), the name Giudecca presumably came from the Venetian term zudegà (judged), a nickname reserved for the rebellious nobles exiled from the city in ancient times.

The island is full of contrasts: each end of the island houses a 5-star hotel (Hotel Cipriani and Hotel Hilton Mulino), while the interior part of the island features a quiet residential suburb. Some famous faces can be spotted among the temporary residents, such as Elton John who owns a house right next to the Hotel Cipriani, where he spent his honeymoon in 2006.

The Chiesa del Redentore, an example of Andrea Palladio's elegant and harmonious architecture, is one of the most important symbols of the island.

Murano and the art of glass

Situated to the north-east of the city, Muranois an island famous for the manufacture of glass. Venetian craftsmen have worked glass and crystal here since the 10th century. Their most exquisite works are housed in the Museo dell'Arte Vetraria in the Palazzo Giustinian. The glassmakers produce a very diverse range of very detailed items, visitors can find both wonderful and terribly kitsch objects.

The small island is full of artisan shops and small boutiques,  many of which are located underneath residential dwellings, that display an infinite number of glass creations. 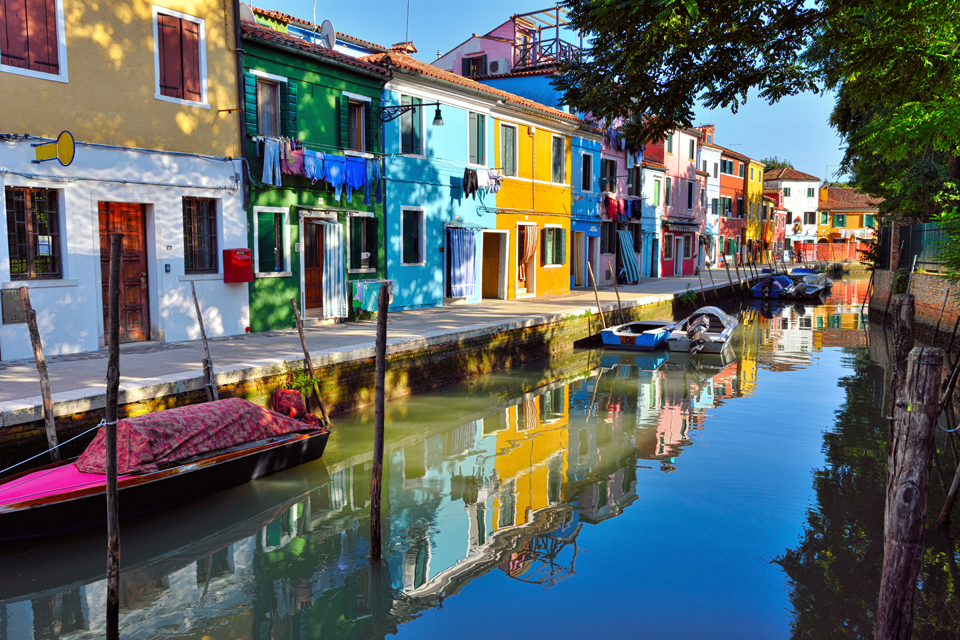 Burano is an enchanting fishing village with a population of approximately 3000 people.

The island is famous all over the world for the colourful pastel houses that line the streets and canals. It is said that the wives of the sailors used to paint their houses bright colours in order to show their husbands the way home.

However, it is lace that made this island famous throughout the world, and the Lace Museum, in the little square of Burano, celebrates its ancient splendour.

Torcello, a source of inspiration for Hemingway 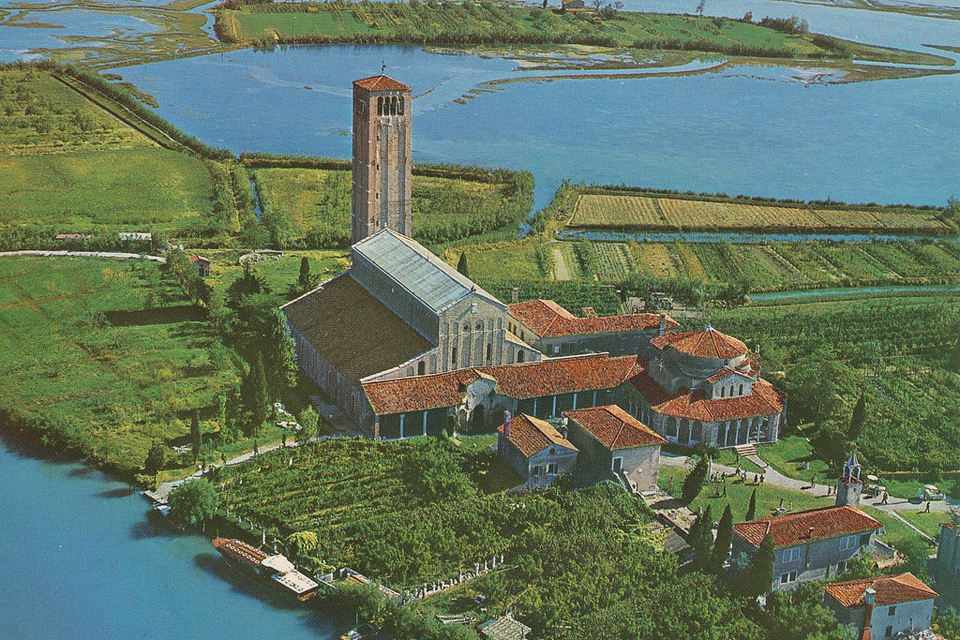 Finally, Torcello, an island which was once flourishing and is now almost uninhabited.

It is an enchanting island, featuring a square now taken over by the plant life and a few buildings with a slightly neglected appearance, mostly ancient residences of the clergy and the governors of the island.

Artists and writers drew inspiration from the island in the past, among them Ernest Hemingway. While he was stationed on the Italian front during the First World War, it was here that he wrote the novel "Across the River and into the Trees" in which he describes his deep bond with Venice and the Veneto region.

Don’t visit Venice like everyone else - go wild instead! Immerse yourself in the comfort of a lush, green campsite in nature, designed to ensure your holiday is fun and stress-free...